The Most Powerful 25 Women in the World - TOP List

Germany - Angela Merkel: Chancellor of Germany. German Chancellor Angela Merkel continues her reign as the most powerful woman on the planet for 10 years running. She a German politician and a former research assistant who has been the Chancellor of Germany since 2005 and the Leader of the Christian Democratic Union (CDU) since 2000. She clinched a third four-year term of Europe's most vibrant economy in December 2014, making her the longest-serving elected EU head of state. She fought off a national recession during the global economic crisis with stimulus packages and government subsidies for companies that cut hours for workers, and she is in the thick of trying to help Greece revive its economy. United States - Hillary Clinton: is an American politician and  stateswoman who is now presidential candidate of The United States. Hillary Clinton has served as Secretary of State, Senator from  New York, First Lady of the United  States, First Lady of Arkansas, a practicing lawyer and law professor, activist, and volunteer. Clinton was at the forefront of the U.S. response to the Arab Spring and advocated the U.S. military intervention in Libya. She encouraged empowerment of women everywhere and authored her fifth book.

United States - Janet Yellen: Chair of the Federal Reserve of the United States. Janet Yellen made history in 2014 when she became the first female head of the Federal Reserve. The Yale and Brown educated economist has barely had a moments rest since then: She took over shortly after the central bank began unwinding its recession era bond buying program and then deftly ushered markets through six cuts that brought monthly purchases to $0 from a peak of $85 billion.

United States - Mary Barra: CEO of General Motors. She has held the position since January 15, 2014, and she is the first female CEO of a major global automaker. In October the 35-year GM veteran got to lay out her strategy for the future, which includes turning Cadillac into a global luxury brand, continuing to grow in China and becoming a technology leader.

France - Christine Lagarde: Managing Director of the International Monetary Fund. is a French lawyer and Union for a Popular Movement politician who has been the Managing Director (MD) of the International Monetary Fund since 5 July 2011. Lagarde was the first woman to become finance minister of a G8 economy, and is the first woman to head the IMF.

Brazil - Dilma Rousseff: President of Brazil. She is a Brazilian economist and politician currently serving as the 36th President of Brazil. As Brazil's first female president, she was elected in 2010 and was on track to end poverty in the world's seventh-largest economy.

United States - Sheryl Sandberg: COO of Facebook. Facebook COO and author of bestseller "Lean In," Sheryl Sandberg is now asking men and women to "Lean In Together" to further gender equality at home and work. The former Google executive joined Facebook in 2008 and became the first woman on its board four years later. Sandberg helped the social network scale globally, go public and expand digital revenue.

United States - Susan Wojcicki: CEO of YouTube Wojcicki studied history and literature at Harvard University and graduated with honors in 1990. She originally planned on getting a PhD in economics and going into academics, but changed her plans when she discovered technology. She is called "the most important person in advertising" and "the most important Googler you've never heard of".

United States - Michelle Obama: First Lady of the United States. While her husband may sit in the Oval Office, First Lady Michelle Obama has her own power seat in the White House. At the start of the year, she traveled to Southeast Asia to push an initiative that aims to get more girls educated and improve the well-being and financial stability of young women. In the summer of 2014, she spoke of the administration's  effort to end homelessness among military veterans in the U.S. 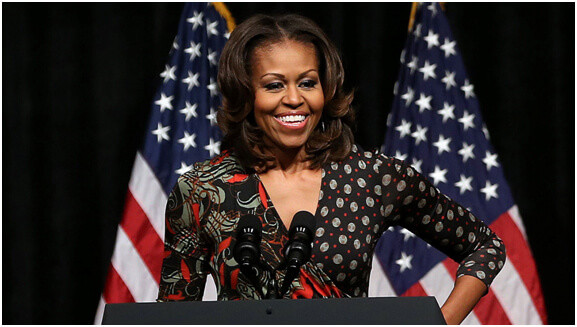 United States Virginia Rometty: CEO of IBM. She is an American business executive. She is the current Chairman, President and CEO of IBM, and the first woman to head the company. Rometty was a member of the Kappa Kappa Gamma sorority, eventually serving as its president.

United States - Meg Whitman: CEO of Hewlett-Packard. She is the chairwoman, president, and chief executive officer of Hewlett-Packard. A native of Long Island, New York, she is a graduate of Princeton University and Harvard Business School. Whitman served as an executive in The Walt Disney Company where she was vice president of strategic planning throughout the 1980s.

United States - Indra Nooyi: CEO of PepsiCo. She is an Indian-born, naturalized American, business executive and the current Chairperson and Chief Executive Officer of PepsiCo, the second largest food and beverage business in the world by net revenue. Her five-year plan to cut costs by $5 billion is underway and she has been increasingly generous with shareholders. In 2014, PepsiCo returned $8.7 billion through buybacks and dividends, a 36% increase from the year before.

United States - Oprah Winfrey: Television personality and businesswoman. Oprah Winfrey, the long-reigning queen of daytime TV. She remains the only African-American woman on The Forbes 400 Richest Americans list, and has donated hundreds of millions of dollars over the years to educational causes, including her school for girls in South Africa and scholarships for students at historically black universities. 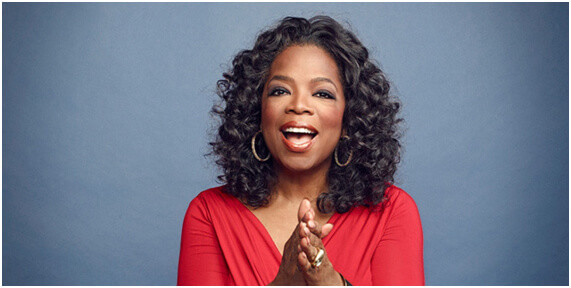 Argentina - Cristina Fernández de Kirchner: President of Argentina. Kirchner, who is the second female president of the country, has been in power since December 2007 and was previously the Argentine senator for the Buenos Aires province.

United States - Irene Rosenfeld: CEO of Mondelez International. As a child, Rosenfeld dreamed of becoming U.S. president. While a political career wasn't in her future, as head of global food company Mondelez, Rosenfeld has become one of the most powerful and highest paid women in business.

United States - Marillyn Hewson: CEO of Lockheed Martin. Hewson has churned out record profits and helped its stock price more than double. As a reward, her compensation jumped to $34 million from $25 million in 2013.

United States - Beyonce Knowles: Singer-songwriter. A self-described "modern-day feminist". She has won 20 Grammy Awards and is the most nominated woman in the award's history. The Recording Industry Association of America recognized her as the Top Certified Artist in America during the 2000s decade. In 2001, she became the first African-American woman and second woman songwriter to win the Pop Songwriter of the Year award at the American Society of Composers, Authors, and Publishers Pop Music Awards. 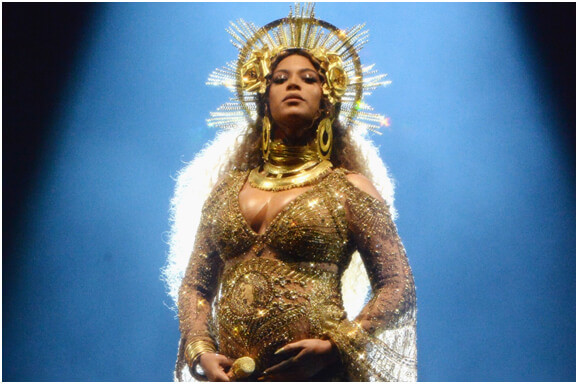 United States - Marissa Mayer: CEO of Yahoo!. Previously, she was a long-time executive, usability leader, and key spokesperson for Google. The Yahoo chief's pay package jumped 69% to $42 million in 2014, making her one of the country's highest-paid CEOs.

New Zealand - Helen Clark: Administrator of the United Nations Development Programme. As the most powerful woman in the United Nations (and first UNDP female head), Helen Clark uses her global bully pulpit and billions in funds to assist development and humanitarian efforts around the world. Over the past year the UNDP has responded to the Syrian refugee crisis, reconciliation efforts in Southern Sudan and the Ebola crisis in Sierra Leone.

Israel - Safra Catz: Co-CEO of Oracle. A 16-year vet of the company, she's been richly rewarded with stock options and is one of world's highest-paid female executives. She played a role in closing over 85 acquisitions over the past five years helping to cement Oracle's dominant position in the world of enterprise technology.

United States - Angela Ahrendts: Senior Vice President of Retail and Online Sales of Apple Inc. The former Burberry CEO, credited with turning around the ailing fashion house, started as SVP of retail and online stores at Apple this spring. The gadget giant created the role for her; she's the first woman on  Apple CEO Tim Cook's executive team. She's also the first person responsible for 400+ brick-and-mortar stores as well as online retail efforts. She is also a  member of the  UK's  Prime Minister's business advisory council.